Today started off great, we woke and went to the bakery to get the strudel. We got onto the ferry, and away we went. The ferry to Santorini was about three hours, unfortunately there was no assigned seating, so we all rushed onto the boat like cattle, it's probably my least favorite thing about Greece. Their crazy hectic ferry boats, it stresses my out.  Getting into Santorini, was like looking into a magical land or something. To the left, I could see the active Volcano, it was covered in black rock and the smell of ash was in the air. To the right was Santorini. The first very high up island I've been on, very rocky and cliff looking but on the top, it had piles of little white houses. It looks like a painting in the sky.  We got off the ferry and looked for our hotel sign being held in the air by a man. We were staying at a different hotel than most of the group this time. The man was so nice, he put his arms around us when he met us and was so friendly, constantly saying if there's anything you need don't hesitate to ask. It was the first time on this trip that I've felt taken care of and had nothing to worry about.  The hotel is so nice, compared to what we've been staying in lately. We have our own entrance with a little balcony. And real hotel towels, and a clean bathroom, it's actually really exciting.  When we walked downstairs to ask for directions to downtown, we noticed that there wasn't one, but two pools! Just the thought of lounging by the pool tomorrow gets me so excited.  I can't explain how nice these people that run this hotel are, it's called Hotel Antonia, I definitely would come back here if I was ever looking for a bargain in Santorini again! When we went to reception the man at the front desk sat down with us at a table and wrote out directions for us, circled it on a map and made us iced coffees!  This trip has really made me appreciate where I come from and my family. I didn't realize how cold hearted and harsh people are until this trip, it was really an eye opener for that. The common courtesy I have, lots if people can be and that's been hard for me to understand. Maybe that's why I'm so appreciative of these people running this hotel. It's been a while since we've met genuine hospitality workers! It really makes you love the city you're in more when you have a good hotel.  The hotel man showed us how to get to Red Beach, a famous beach with red sand. The bus station was close, the buses here are like Mykonos, coach buses with the name of the tourist attraction on a piece of paper in the window. It only costs about two euro for a one way ticket. We got a clear view of Santorini on the bus, all the winding roads over looking the ocean, it's quite breathtaking. My favorite island so far, I decided.  This is where my amazing day in Santorini gets a little gloomy. Gabby and I decided to bring our purses instead of our backpacks for a change, since my camera is so big it doesn't fit in my purse. I decided Id just carry it along with me. Somewhere between being in

shock from how incredible the view was and feeling like I was on cloud nine, I got up and left my camera on the bus seat. As we took our first few steps away from the bus i immediately remembered and turned around, the bus was gone. I started to panic so I ran into a nearby restaurant and asked if they could call the bus depot, they were useless as they only spoke Greek. I second guessed myself thinking maybe I left it in the hotel lobby and went to an information booth and got them to call, no luck. We knew there were only two buses that alternated to the Red Beach every half hour, so we waited for the second one, and they radioed the one I was on, again no luck. We waited for the bus I was on, and searched the seats when it arrived, still no luck, someone had decided to take it for their own. I am so disappointed, mainly with myself and a little with the person who feels okay sleeping at night with someone else's camera. The fact that the person probably erased all the pictures on it and decided to call it their own, makes me sick to my stomach, but it's my own fault. I guess I'm glad it wasn't my passport or my bankcard, it could have been worse. Gabby has practically all the pictures I had on her iPad, so the pictures aren't completely gone. I wanted to prove to myself that I could go away for so long and be able to complete it without any glitches, but I guess things happen. It's just really disappointing.  We walked to the Red Beach and decided we didn't really like it (maybe because I was still upset about my camera). The sand is actually pretty brown, not red, so that was a little disappointing.  We took the bus back to the bus station where I left my name and number with the worker, still having the slightest hope that my

camera would turn up.  We went to a nearby café for dinner, not really hungry from being so upset, I just had a ham sandwich. We walked the streets afterwards, deciding that Santorini has the best shops of all the islands so far. The roads here are full of stairs, not flat like Mykonos or Paros, it's really unique. There were so many high end hotels and fancy restaurants right on the edge of the cliffs over looking the ocean, it was spectacular. I would 100% come here for my honeymoon!  We got some gelato before heading back (of course) and got back to our quaint little hotel room for a much needed sleep!
copy from http://www.traveldiariesapp.com 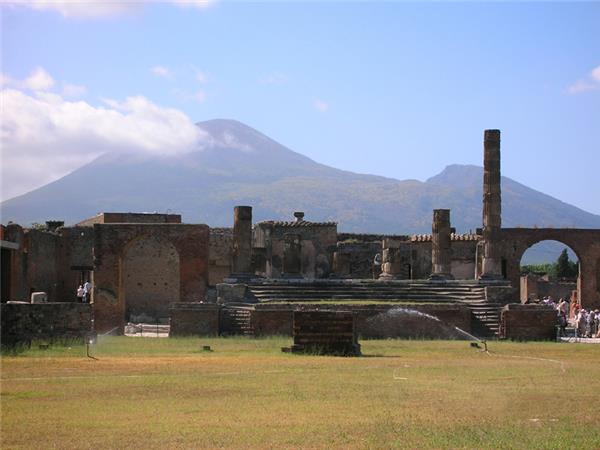